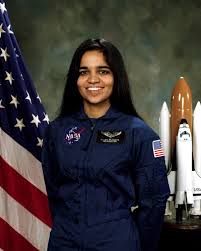 Early life:-On March 17, 1962,  Kalpana was born in Karnal, Haryana. she belongs to a middle-class family, In 1982, she completed her schooling from Tagore Baal Niketan Senior Secondary School, Karnal and her B.Tech in Aeronautical Engineering from Punjab Engineering College at Chandigarh, India. 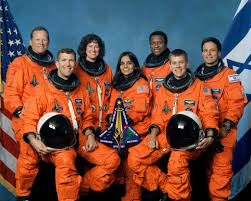 First mission: – on Nov. 19, 1997, Kalpana’s first space mission began. She was part of the six-astronaut crewed.she flew the Space Shuttle Columbia flight STS-87.Kalpna Chawla is a was the second woman flew in the sky. During her first mission, Kalpana traveled over 10.4 million miles in 252 orbits of the earth and 372 hours in space.

Second mission:- Kalpana was selected for second flight as a crewed of STS-107, in 2000. However, the mission was again delayed due to scheduling conflicts and technical problems, In July 2002 search of cracks in the shuttle engine flow liners. Chawla finally returned to space aboard Space Shuttle Columbia on the ill-fated STS-107 mission on January 16, 2003. Her responsibilities included the microgravity experiments, for which the crew conducted nearly 80 experiments studying earth and space science, advanced technology development, and astronaut health and safety.

Death:-  Kalpana died in space with seven crew members in the Space Shuttle Columbia disaster On February 1, 2003. The tragedy occurred when the Space Shuttle disintegrated over Texas during its re-entry into the earth’s atmosphere.

Awards and honors:- Kalpana awarded NASA Space Flight Medal, Congressional Space Medal of Honor, and NASA Distinguished Service Medal. Following her death, In 2003. the Prime Minister of India announced that the meteorological series of satellites, MetSat, was renamed ‘Kalpana’
on September 12, 2002,India first satellite of the series, ‘MetSat-1’, launched their name renamed ‘Kalpana-1’. Meanwhile, the Government of Karnataka in 2004 to recognize young women scientists instituted. Awarded to Kalpana Chawala NASA, on the other hand, has dedicated a supercomputer to the memory of Kalpana Chawla.

Hello Friends' Thank you Visit clgkatta Website this information is helpful for your knowledge, after leave this page give your comment View more posts